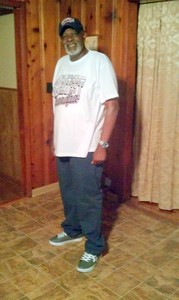 The management and staff of Sunset Memorial Chapel, Inc. sadly announce the earthly transition of Brother Amos Lee Harvey Sr., of Sylacauga, Alabama. In his 67th season of life, he slept away in death, to be awaken in the bosom of Jesus on Friday, October 25, 2013, while at Coosa Valley Medical Center in Sylacauga.

Mr. Amos Harvey accepted Christ at an early age and joined Shiloh Missionary Baptist Church where he remained faithful until his demise.

Mr. Amos Harvey was united in holy matrimony to Linda Wilson on April 7, 1969.

He retired from Anniston Army Depot after several years of dedication.

To order memorial trees or send flowers to the family in memory of Amos Lee Harvey Sr., please visit our flower store.