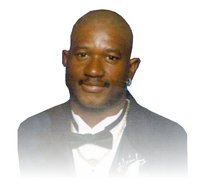 The management and staff of Sunset Memorial Chapel sadly announce the earthly transition of Brother Anthony Edgar Lawson of Sylacauga, Alabama. In his 50th season of life, he slept away in death, to be awaken in the bosom of Jesus on Thursday, May 16, 2013, while being a patient at Shelby Baptist Medical Center in Alabaster.

Affectionately called, "Ant," he received his high school diploma from B.B. Comer Memorial High School in 1981. Following high school, he attended Tennessee State. There he received a football scholarship for his outstanding athletic ability. Due to an injury he returned home, where he was employed by Avondale Mills for 16 years. He was later employed with Nemak of Alabama.  Because of his failing health, Anthony retired in 2012.

Anthony confessed Christ at an early age and joined the St. Paul African Methodist Episcopal Church in Sylacauga. He continued his walk with the Lord. However, he moved his membership to the Shekinah Glory Tabernacle of Praise Church in Sylacauga. Throughout his life he was a faithful servant of God. He will forever be remembered as a man dedicated to family and community.

Anthony was preceded in death by his father, Virgil Brown Lawson, Jr. and one sister, Felicia Annette Lawson.

A Service of Celebration for his life will be 12:00 noon, Thursday, May 23, 2013 at the New Hope Missionary Baptist Church Christian Life Center, 521 Old Fayetteville Highway, Sylacauga, Alabama. Reverend Dr. Bobby L. Harris, Pastor. Bishop Wendell Davenport, Eulogist. He will be coached to his earthly bed of slumber at the Sylacauga Cemetery. His remains will lie in repose for viewing on Wednesday, May 22, 2013 from 1:00 P.M. to 8:00 P.M. at the funeral home and Thursday two hours prior to the service.

To order memorial trees or send flowers to the family in memory of Anthony Edgar "Ant" Lawson, please visit our flower store.