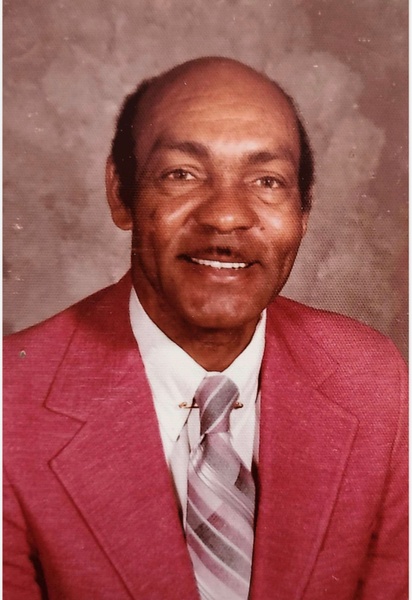 Bernadean Showers was born on August 19, 1929, in Bessemer, Alabama, to the union of A.C. and Rejetta Showers.

He accepted Christ as his Savior at an early age and was united with St. Thomas United Methodist Church after moving to Sylacauga, Alabama, where he served as a class leader, Sunday School teacher, and chairman of several committees.

Bernadean was united in holy matrimony with Mary Lois Price, on December 25, 1955, in Five Points, Alabama. Shortly thereafter, they moved to Sylacauga, Alabama, where they raised their three children, André, Angelo, and April.

He devoted 30 years of dedicated service to Sylacauga City Schools, where he was an industrial arts teacher at East Highland School for 29 years and a math teacher at Sylacauga High School for one year. He was a varsity basketball coach and assistant football coach at East Highland, for several years. During his career, Bernadean was recognized as the Outstanding Industrial Arts Teacher of Alabama, served on the committee to write the Industrial Arts Curriculum Guide for the state of Alabama, and served as an evaluator for the UAB Industrial Arts Curriculum. Upon retiring from education in 1985, he went on to work at the Sylacauga Housing Authority, Talladega College, and Marvin’s Hardware Supply.

In lieu of flowers, the family asks that donations be made in memory of Bernadean Showers to the St. Thomas United Methodist Church Building Fund, 503 S. Main Street, Sylacauga, Alabama 35150

To order memorial trees or send flowers to the family in memory of Bernadean Showers, please visit our flower store.