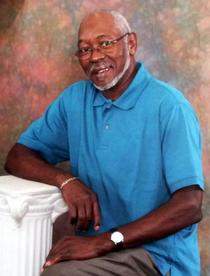 Calvin departed this earthly home on April 24, 2015 at his residence. He is preceded in death by his parents: Azor and Lucsebrum Jennings; sisters: Juanita Tucker and Barbara Jennings; brothers: Murray Jennings, Earl Jennings, and Andrew Jennings.

To order memorial trees or send flowers to the family in memory of Calvin Nathaniel Jennings, Sr., please visit our flower store.