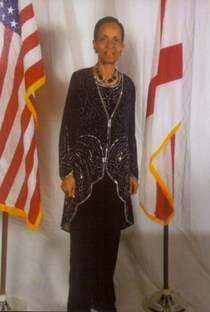 Catherine McConico was born to the parentage of the late Ned McConico and Minnie McConico on June 6, 1951.

She accepted Christ at an early age and joined the First Born Church of Living God in Calcis. She later joined Scott’s Grove Baptist Church where she was activity involved in the choir as well as dedicating time as a foster parent.

Catherine went to heavenly home on Thursday, September 22, 2016 after a tiring illness. She was prepared for her journey, only leaving her loved ones made it bitter sweet.

Catherine was a graduate of W.A. Jones High School Class of 1969 and a graduate  of Faulkner University class of 2006 where she received her Bachelor degree in Human Resource.

Catherine served in the United States Army from 1969 until 1971 and the Army National Guard of Alabama from 1975 until 2011. (Retired, Sergeant First Class).

She was preceded in death by: two sisters, Charlie Mae Wilson, Mary

grandchildren, who were the apple of eye, Audryana and Joslyn Kelley; one special child Damion Campbell; and a host of nieces, nephews, and friends who all loved her and will miss her dearly.

To order memorial trees or send flowers to the family in memory of Catherine McConico, please visit our flower store.