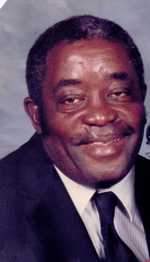 Celebration of Life for Deacon Eddie James Harvey, 73, of Sylacauga will be held 12:00 Noon Saturday, September 10, 2011 at the Shiloh Baptist Church, Pastor Charles F. Lilly, Officiating. Interment will follow in the Sylacauga Cemetery. Visitation will be 12-8 P.M. Friday, September 9, 2011 at the funeral home.

Deacon Harvey  was called home to be with the  Master on September 4, 2011 at UAB Hospital in Birmingham, Alabama.

Mr. Harvey will lie in state one hour prior to the services.

To order memorial trees or send flowers to the family in memory of Eddie Harvey, please visit our flower store.