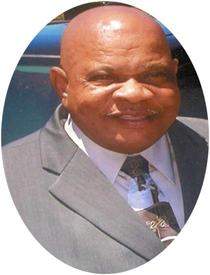 Elder George Alvin Carter was born May 24, 1942 to the late Mr. George Ivory and Mrs. Frankie Brown Carter in Etowah County Alabama. He was raised by his paternal grandparents Mr. George and Mrs. Pearlie Carter.

He confessed his love for Christ at an early age.

Following graduation from Phyllis Wheatley High School. George relocated to San Jose, CA. where he worked as an Insurance Salesman and worked in the Cuprion School District. While in California George joined the Masonic lodge and served as Worshipful Master. He loved sports and played baseball in his high school years. He loved all levels of football and followed talent instead of choosing a favorite team. He later returned to his birthplace in Childersburg, Alabama.

He served as a police officer for the city of Childersburg for a number of years until he decided to further his education at Talladega College where he earned his degree in Criminal Justices. After over 30 years of honest service he retired from State of Alabama  Department of Correctional as Captain/Assistant Warden, Alexander City Camp.  Also he was the founder of Childersburg Mortuary Services, Inc. until  October 31, 2005, which is now currently known as Sunset Memorial Chapel Childersburg which is owned and operated by Jimmy Odum. He later opened a convenient store in Kylmuga called Desoto Grocery.

He transitioned this life on Tuesday, August 14, 2015 at St. Vincent Hospital in Birmingham, Alabama.

To order memorial trees or send flowers to the family in memory of Elder George Alvin Carter, please visit our flower store.