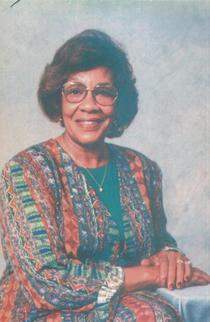 Mrs. Elizabeth C. Trask, was born October 02, 1941, in Talladega, AL,  to the parentage  of the Late Jenkins and Lillian Chapman.

At an early age, she accepted Jesus Christ as her Lord and Savior with the Africa Baptist Church. Graduated from the R.R. Moton School, Sycamore, AL.

In her young adult life, she moved to Chicago, IL., where she met and was united in Holy Matrimony to her Late husband, Richard Trask Sr., and to this union two children were born.

She returned to Alabama in 1972 and settled her family in Talladega, AL in the community fondly known as Mardisville.  She reunited with the Africa Baptist Church, where she served faithfully in the Senior Choir, and her love of ministry with singing, until her health began to slowly digress. She was preceeded in  death by her parents; husband, Richard Trask Sr.; sister, Carrie L. Hunley; brothers, Jenkins Chapman Jr. and  Willie H. Chapman.

November 15, 2016 Elizabeth surrendered the mortal for the immortal, at her daughters residence in Gardendale, AL.

To order memorial trees or send flowers to the family in memory of Elizabeth C Trask, please visit our flower store.