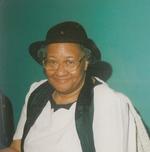 Evangelist Epie Alma Parker, was born July 31,1933 in Clay County, to the parentage of the late Bartholomew and Lula Mae Willis. She was the oldest of seven, she grew up in the small town of Ashland, Alabama and at a young age moved with parents to Randolph County where she attended elementary school in Wedowee, Alabama and high school in Roanoke Alabama. At the age of sixteen she gave her life to the Lord, received the Holy Ghost later became a mighty woman of God preaching and also singing in a gospel group. She and her mother were called a duo team preaching all over Talladega, Clay, Calhoun and Randolph County, sometime walking for miles determined to see souls saved and delivered.

On January 2, 1960, she married Mr. John Matthew Parker and out of that union five children were born, one son Joseph Jerome Parker preceded her in death, before marriage she worked in the field of domestic home maker, but after marriage she became a faithful, devoted wife and  a stay  at home mother because she believed in taking care of her husband and children.

Mrs. Parker was a member of Holy Faith Temple Church in Childersburg, Alabama for several years then in the year of 2011, she became a member of The Move of God Bibleway Deliverance Tabernacle Church in Alpine Alabama.

Mrs. Parker was called home to be with the Lord on  March 16th, 2013 at Brookwood  Medical Center in Birmingham, Alabama.

To order memorial trees or send flowers to the family in memory of Epsie Alma Parker, please visit our flower store.