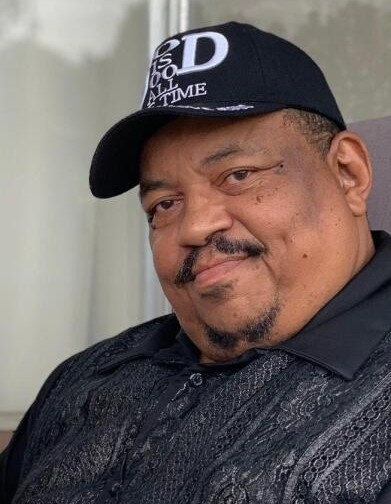 He was also preceded in death by one sister, Cheryl Kelley, and one special cousin, Charissa Davis.

Deacon Kelley was a graduate of Vincent High School, Class of 1979. He continued his education at Alabama A&M University, Huntsville, AL. In 1980, while attending Alabama A&M University, he joined the Fraternity of Pershing Rifles. In 1982, he went on to attend Basic Training at Fort Benning, GA, and joined the U.S. Army Infantry. Following Basic Training, he then went on to Fort Stewart, GA, for two years and Ashaffenburg, Germany, for two years before being honorably discharged in 1986. He made it to the rank of Sergeant (E5). He was employed for over 30 years by Alabama Power (E.C. Gaston Steam Plant, Wilsonville, AL).

He was a life-long member of Mt. Olive Baptist Church, Harpersville, AL, where he served as deacon and Sunday School teacher. He was also a member of the Northeast District State Laymen.

He loved hunting and fishing. He loved his family, but most of all, he loved being called “Paw-Paw”.

To order memorial trees or send flowers to the family in memory of Eric Kelley, please visit our flower store.