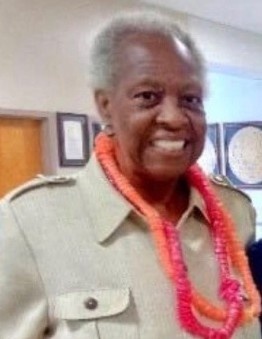 On July 18, 1964 Sister Lee was united in Holy           Matrimony to the late Deacon Joe Lee. To this union four children were born: Cynthia, Kenneth, Rickey, and Patricia.

Sister Lee joined the Mount Olive Missionary Baptist Church under the leadership of Rev. Dr. Stanley Threatt.  She served faithfully as the Church Secretary for over 30 years and a member of the Church choir.  She served  approximately three years as the Chairperson for the Church Anniversaries'; she took this up due to the death of her husband (Deacon Joe Lee) She was also a member of the LIGHT Ministry.

Sister Lee was a devoted and loving mother who was well-known to her community.  She loved her family, Pastor, and Church.  Sister Lee met no stranger, she would greet anyone with a smile and a hello.

To order memorial trees or send flowers to the family in memory of Florence Ruth Lee, please visit our flower store.