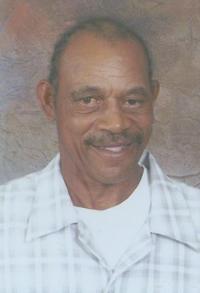 Floyd (Flip) was not a person that like to spend time alone, he loved being around people and bringing laughter into their lives. Floyd enjoyed music and would always walk into his apartment and turn the radio on, then turn the music up very loud and go back outside to sit on the porch or in the yard. He took pride in being a free spirit, coming and going as he pleased throughout the day and being grown or as he would say â€œIâ€™m grownâ€. Those who had the pleasure of knowing Floyd would agree that he could always make you laugh and that he lived each day to the fullest.

Floydâ€™s faith in God was unquestionable and he would often say â€œI talk to Godâ€, but not only would he talk with him, he believed what God said. Through his faith he was able to overcome the obstacles that was thrown in his path, he always got back up. He was a member of Mount Olive Baptist Church in Childersburg, but over the last year he faithfully attended Shiloh Baptist Church.

To order memorial trees or send flowers to the family in memory of Floyd Neal Williams, please visit our flower store.