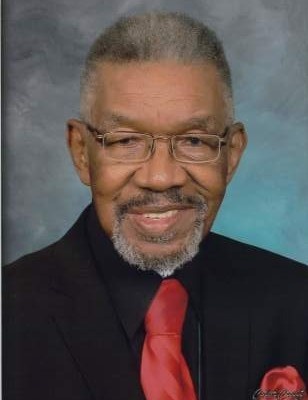 Bro. Houston Lee was born February 19, 1928 to the late Aubry Lee and Mahalia Thompson Lee, in Dothan, AL, Houston County. He confessed Christ at the Greater Mt. Moriah M.B. Church in Newark, NJ, at the age of 48 years old, on May 23, 1976. He was baptized on June 6, 1976. He became president of the Celestial Choir in 1981, and was appointed to the Greater Mt. Moriah M.B. Church trustee board in 1982, where he served faithfully until relocating to Sylacauga, AL, in 1996. After moving to Sylacauga, he joined New Hope M.B. Church under the leadership of Rev. Bobby L. Harris. He was the Sunday School superintendent until his health failed. He was appointed to the New Hope trustee board, where he served until death. He worked for Pipe Protection in Connecticut for years. He was a hard-working man. He worked for Odell Lee Construction in Elizabeth, NJ. He was a licensed carpenter in Newark, NJ. He was employed for ten years by the University of Medicine and Dentistry of New Jersey. His hobbies were carpentry, hunting wild game, and fishing. What he loved most of all was to sing for Jesus, prior to the loss of his voice. He loved making friends. He was a kind, gentle spirit, who loved his family and his friends.

To order memorial trees or send flowers to the family in memory of Houston Lee, please visit our flower store.