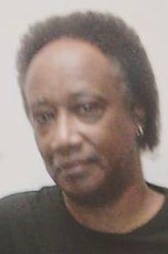 James Kenneth Roy was a doting husband, father, grandfather, and a mentor blessed with supreme wisdom  and knowledge. James  was born to James Preston Roy and Willie Mae Crow on December 30, 1952, in Beaumont, Texas. Mr. Roy was proud of the small community where he was born and would get excited whenever he came across someone he knew from his hometown. He was the oldest of ten children and was received his primary education in Beaumont, TX.

After graduating from Hebert High School 1971, he enlisted and served in the US Navy from 1972-1973. After being honorably discharged from the Navy he graduated from American Technical Institute. Mr. Roy was employed by Newcomb Spring of Texas for where he retired in 2018  after many years of service.

He was united in holy matrimony, to the love of his life, Wilda Dean Odum on August 17, 1980 at Shiloh Baptist Church in Sylacauga, AL.

To order memorial trees or send flowers to the family in memory of James Kenneth Roy, please visit our flower store.