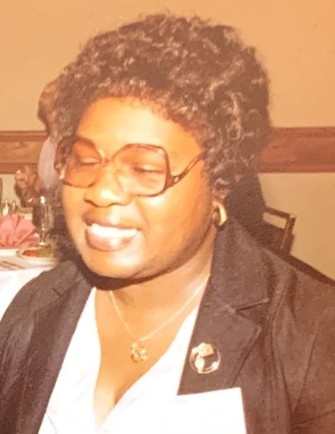 Mary Martin was born on December 6, 1939 in Coosa County, Alabama to the late Mr. Jessie and Mrs. Katie Mae Toney. Mary was raised by her paternal grandparents where she attended grade school and graduated from Clay County High School on May 9, 1958. On March 9, 1959, Mary was united in Holy matrimony to Dan Martin Jr. in Coosa County, Alabama. They later relocated to Portland, OR. They remained there for over 60 years. Out of that union they had two wonderful children, Bridget N. Hicks and Kenneth E. Martin (Chubby). Mary attended school at Good Samaritan Hospital, Portland, OR and obtained her CNA Nursing Certification. Mary retired from Good Samaritan Hospital in the late 80’s. She also worked at a women’s shelter for domestic violence in Portland, OR for four years. Mary joined Morning Star Missionary Baptist Church in Portland, OR in 1966 where she received Christ and was Baptized under the leadership of Rev. Sylvester McCollum. Mary served faithfully at Morning Star Missionary Baptist Church as the President of the Mission Auxiliary for 18 years. Also, she served as Vice President of the Nurse’s Guild. She was a member of the Union District Baptist Association of Oregon and the General State Convention of the Northwest. In addition, Mary was also inducted into the Mother’s board in 2017. Mary departed this life on Thursday, February 13, 2020 at North East Georgia Regional Medical Center, Winder, GA. She was preceded in death by her parents. She was also preceded in death by her sister Selina Provost and her great granddaughter Jre’Yanna Ware. Mary leaves to mourn her spouse Dan Martin Jr. Her Daughter Bridget Hicks, OR and Son Kenneth Martin (Linda), GA. Grand children: Sharisha Mouton (Lalu), OR, Lawrence Hicks, GA, Ebony Shepherd (Roger), OR, Ardelia Gibson (Dwayne), OR, NiCole Curtis, AZ, LaKesha Wells, CA, Jalonta Martin, OR, Renita Williams (Emmanuel), OR, Lanita Briggs, OR, Kristen Colemon, TN and 19 great grandchildren. She also leaves to mourn her siblings: her brother William McCrimmon (Beverly) (CA), her sister Jacqueline Hammond (AR), and her sister Yvonne Helms (Jerry), (AR). As well as a host of Nieces, Nephews, Cousins and Friends all over the world.

To order memorial trees or send flowers to the family in memory of Mary Sallie Martin, please visit our flower store.