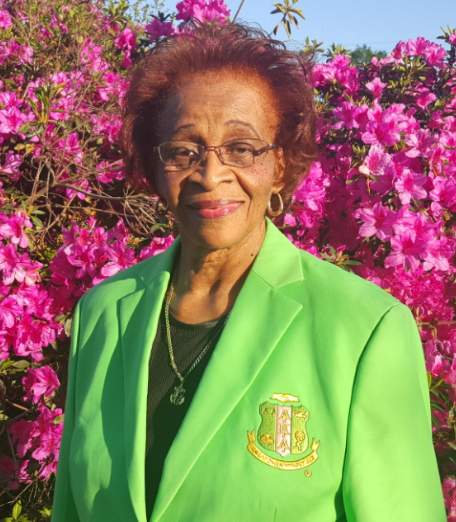 Ivy Beyond The Wall

Mrs. Minnie M. Coleman was a graduate of Phyllis Wheatley High School, Childersburg, AL. She received a B.S. in Education from Alabama A & M University, Reading Certification from Auburn University, and a Master’s Degree of Education from University of Montevallo. Minnie was a 60 year, life member of Alpha Kappa Alpha Sorority, Inc. and a current member of Mu Tau Omega Chapter in Talladega, AL. A 60 year Alumnus of Alabama A & M and an active member of the Talladega Alumni Association.  Minnie annually donated to the Alabama A&M University Scholarship fund and was featured in the 2018 Alumni calendar in the month of March. Minnie joined Tallassahatchie Missionary Baptist Church at the tender age of seven. Over her 76 years of stewardship Minnie served in several capacities including the Sunday school secretary, youth usher, choir, Matrons, Women’s Movement, Sunday School Teacher (48 years), Boys Crusade Counselor, and Youth Advisor just to name a few. Minnie also served as the Shelby Springs District Matron’s Counselor, Sunday School and BTU Congress Secretary, and District Trustee. Minnie taught in the Talladega County School System for 36 ½ years and integrated Childersburg Elementary School as an educator in 1967 while stipulating that her daughter Angela be permitted to attend. Minnie was recognized as an Alpha Kappa Alpha Sorority, Inc. South Eastern Regional SHERO in 2017 for her participation in the movement. Minnie was also an active member of the Talladega Chapter of the Retired Educators Association.

To order memorial trees or send flowers to the family in memory of Minnie Mallory Coleman, please visit our flower store.

Ivy Beyond The Wall