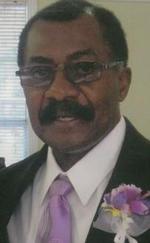 Homegoing celebration for Mr. Theolphus Perkins, 69, will be Sunday January 6, 2013 at 1:00 p.m. at Vincent High School Gymnasium with burial in Harpersville Garden of Memories. He was the owner of Perkâ€™s Bar-B-Que â€“ Harpersville and retired from Kimberly Clark/ Abiti Bowater Paper Company.

He is preceded in death by daughter, Loretta Yvette Perkins.

To order memorial trees or send flowers to the family in memory of Mr. Theolphus Perkins, please visit our flower store.