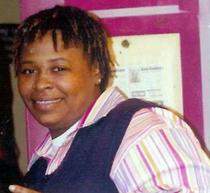 Tequilla Gamble, born July 21, 1984, in Talladega County,Alabama, was the daughter of Gloria A. Gamble and Eurwin Dean Williams.

Affectionately called â€œQuetâ€ she received her education in the Sylacauga City School System and graduated from Sylacauga High School class of 2002. Following her high school, she attended Job Corp in Gadsden, Alabama. There she received her certification in Carpentry. She was later employed by  Kangaroo Express in Childersburg.

To order memorial trees or send flowers to the family in memory of Tequilla Gamble, please visit our flower store.