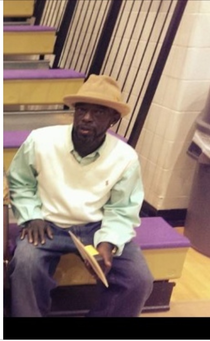 On February 16, 1968, in a town called Columbiana, Alabama a child was born to Bonnie Rhoden Hayes and Lonnie Clay Hayes by the name of Terry Eugene Hayes.
Terry was a member of the Union Missionary Baptist Church in Columbiana, Alabama.
On July 27, 2014, God whispered in Terryâ€™s ear and said come home my child your days of suffering are over. He is preceded in death by his brother, Tracy Eugene Washington.
Terryâ€™s everlasting memories will be cherished by his children:       Jamal Brown, Marterius McGregor, and Asia McGregor; parents: Bonnie Rhoden Hayes and Lonnie Clay Hayes; Spouse: Marsha McGregor Hayes all of Columbiana, Alabama; Sisters: Kawana (Roderick) Stephens of Irondale, Alabama and Michelle King of    Auburn, Alabama; Companion: Sawmeka Rhinehart; step-children: Amirah Williams and  Jay Rhinehart all of Columbiana, Alabama, and a host of aunts, uncles, nieces, nephews, relatives, and friends.

To order memorial trees or send flowers to the family in memory of Terry Eugene Hayes, please visit our flower store.