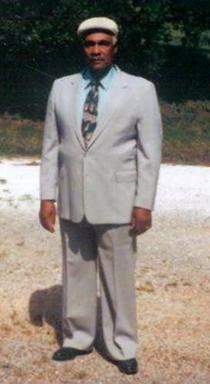 Deacon Brasher confessed Christ to be his personal Savior at an early age and united with Star of Bethlehem Missionary Church of Wilsonville, Alabama where he served as a Deacon, Trustee and Choir member and remained an active member until his health failed.

Deacon Brasher was United in Holy Matrimony to the late Revella Garrette Brasher and unto this union one son was born, the late Reginald Devan Brasher.

Deacon Brasher worked and retired from Kimberly Clark after many years of fateful service, also deacon Brasher was a member of the Most Worshipful Prince Hall Mason of Alabama.

To order memorial trees or send flowers to the family in memory of Walter Brasher, please visit our flower store.